Roda won the competition with her speech entitled ‘To be or not to be’, which was a humorous piece on the evolution of the English language from Shakespearean English to urban colloquialism. This makes her the regional champion of the largest youth public speaking competition and places her in the top 0.2% of young public speakers in London and Essex. It was a tremendous achievement from her and for the school.

Roda's victory was the culmination of a process that started in September with a day of public speaking workshops for 60 high potential learners in Year 10. From this large group of students, four were selected to go through to the Camden finals. The students wrote their speeches and delivered them in assembly every day for a week, with tutors scoring them on content, structure and delivery. Myrtle and Roda were chosen to represent the school and received further coaching to refine their speeches and improve their delivery.

The standard of all contestants in the Camden final was extremely high, yet the expert panel declared that Roda was a clear winner. Regent High School is looking forward to hosting the ‘Speak Out’ Camden final next year, at which Roda, as reigning champion, will be the MC. In the meantime, we await the outcome in May as to whether Roda will go through to the national final. Fingers crossed for Roda! 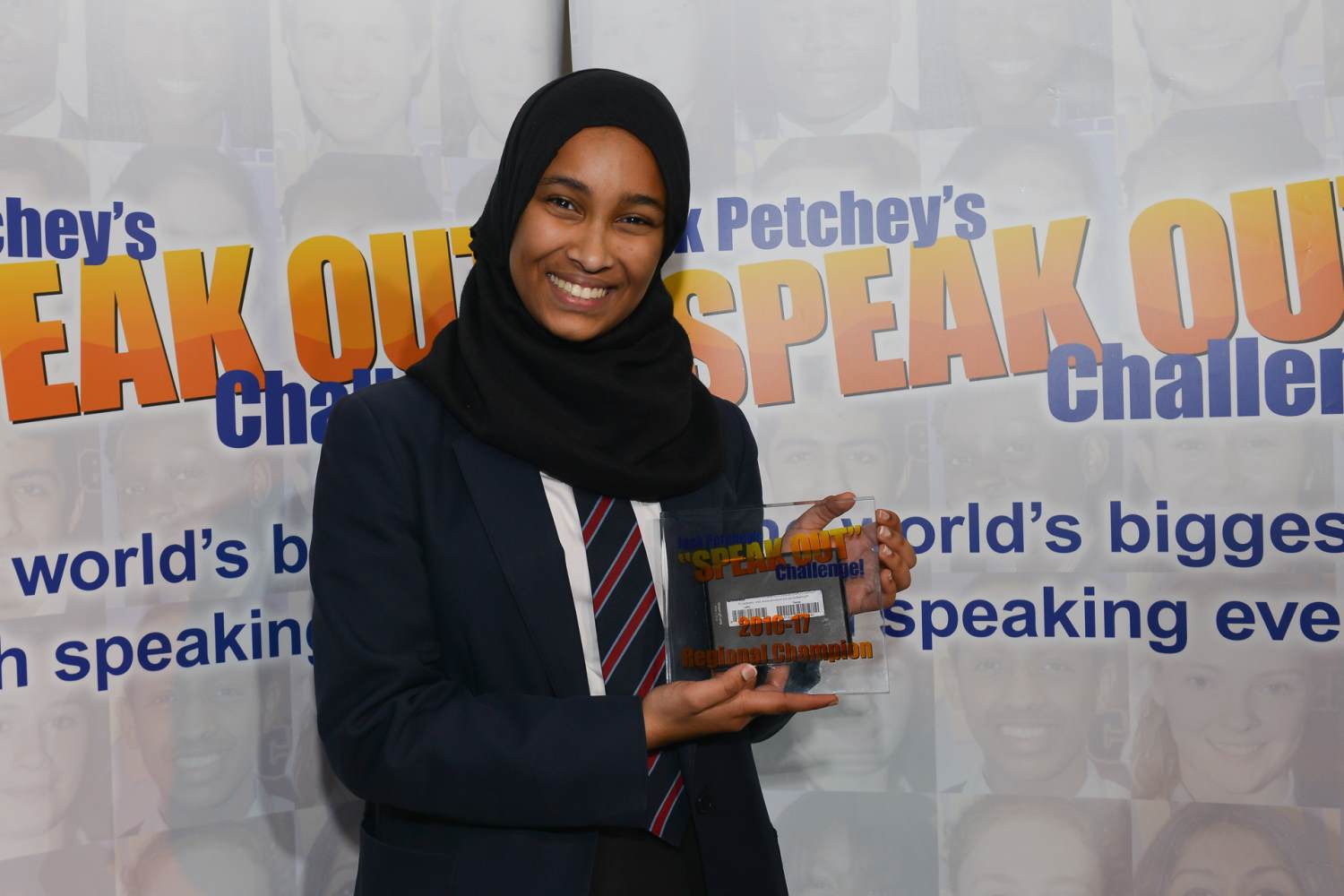 Roda with her winner's trophy 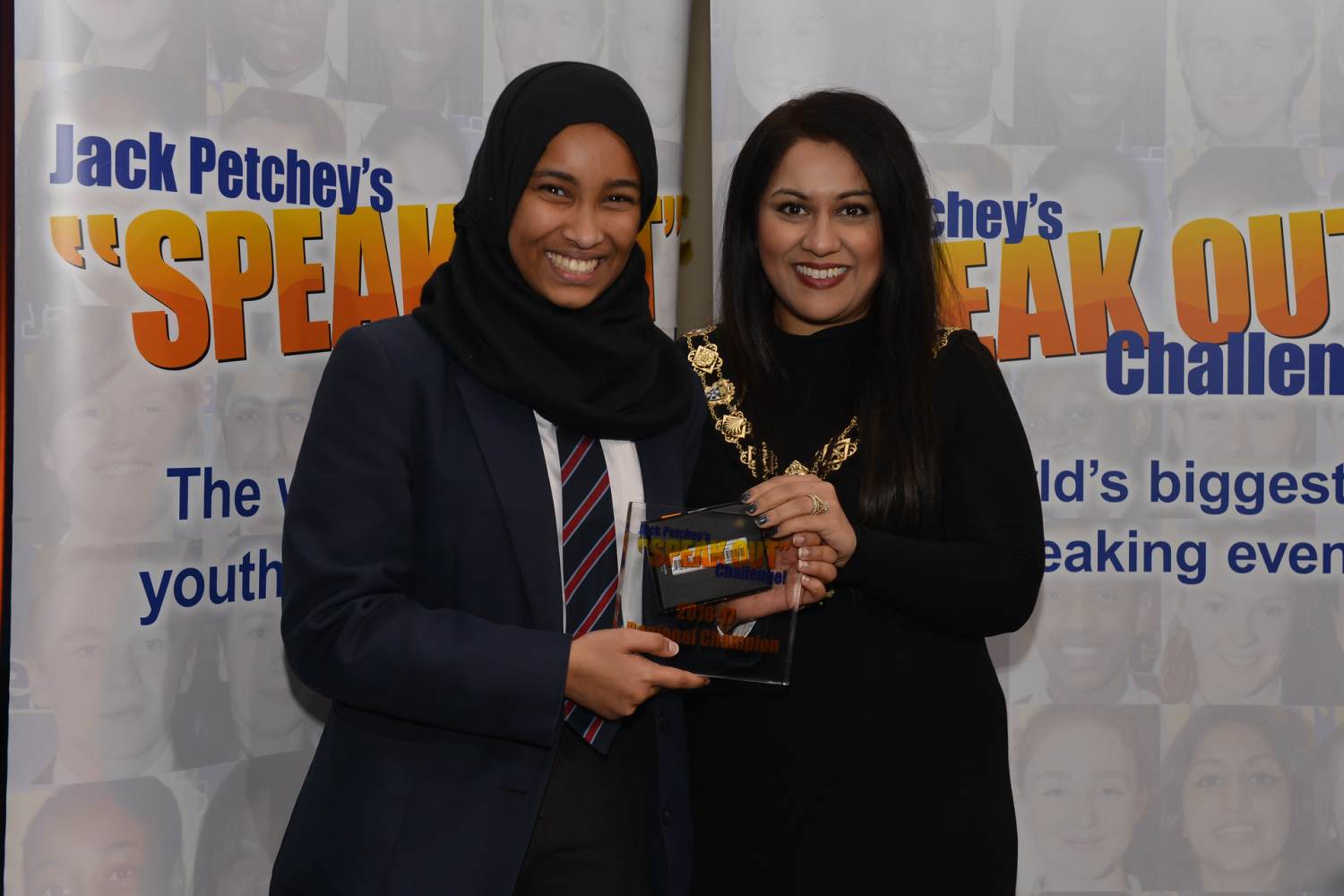 Roda with the Mayor of Camden, Cllr Nadia Shah