The Re-fuel project began in July when students were visited by a professional director and writer who led a series of workshops and focus groups to develop an original script for their performance. Rehearsals followed in September and were led by the director along with the support of our Drama staff.  Students worked hard to create a polished 20 minute performance to fit within a larger showcase of several schools’ work.

The students performed for an intimate audience at Rich Mix followed by a performance to almost 200 people at Theatre Royal Stratford East. A highlight of the performance included some strong characterisation from Emiola Oke (Year 8) and Khalid Elbadawy (Year 9) who played the role of mediators in a story of conflict between two rival tribes. The performance ended with a particularly touching scene in which Benjamin Morgan, Rama Ibrahim and Abrahym Lettan (all Year 9) shared a moment of forgiveness after an ongoing conflict between their characters throughout the play.  Astounded at the students’ dedication and creativity, the school was presented with a certificate by Tamasha to celebrate our students’ achievements. 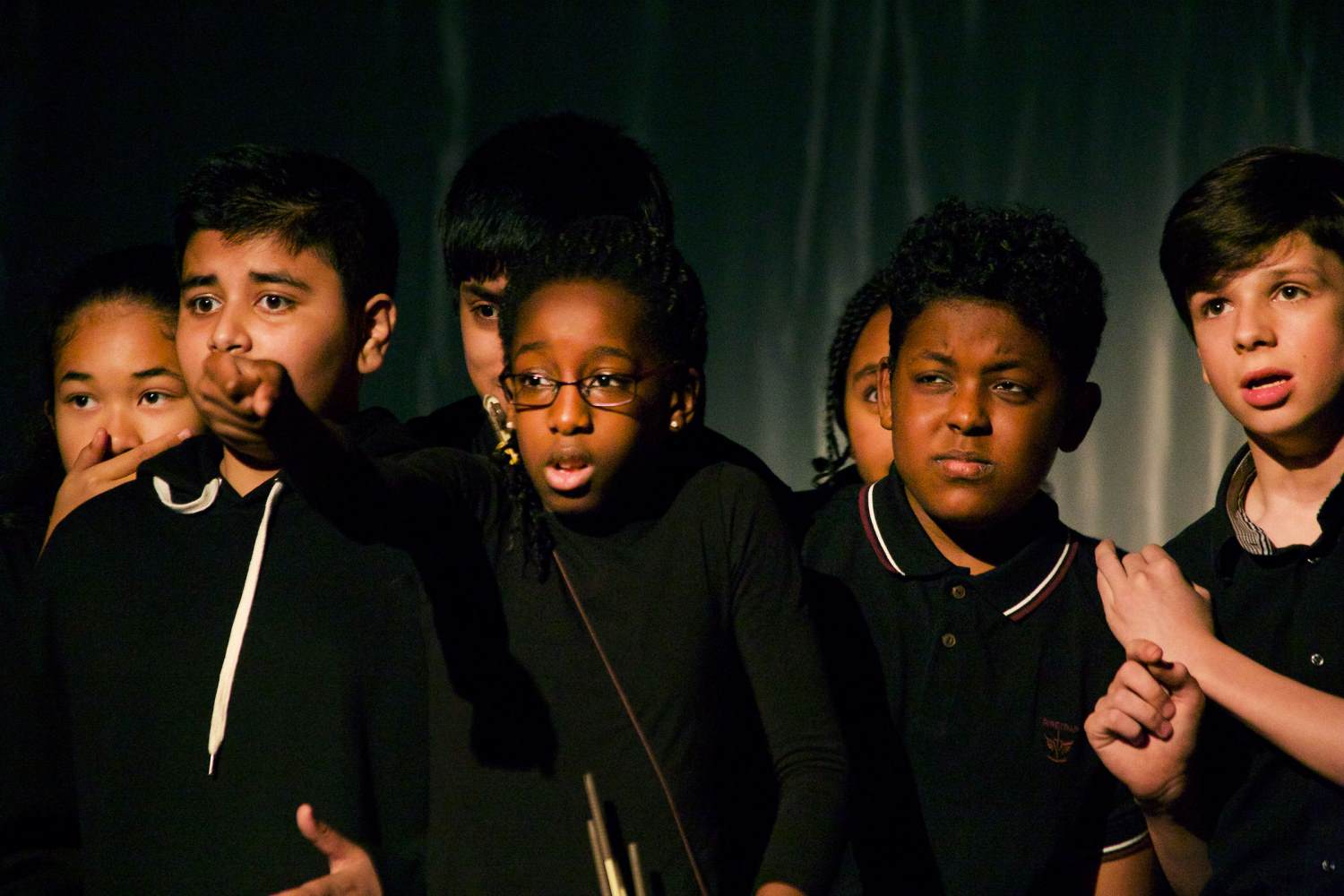