In November 24 instrumentalists from Years 7-11 performed an original composition at the Royal Albert Hall, home to the BBC Proms. This performance was the culmination of a project delivered in partnership with the Royal Academy of Music and world-famous film composer, James Newton Howard.

The performance took place in the intimate setting of the Elgar Room to an audience comprising representatives from the Royal Albert Hall, the Royal Academy of Music, students and teachers from Marylebone School for Girls and James Newton Howard himself. A highlight of the performance included the textural explosion of the glissando cellos played by Alvi Rahman and Tasnim Islam (both Year 9) combining with the march-like brass played by Myrtle Frobisher (Year 11), Danette St Clair, Sarah Khatun, Zakaria Rasool and Jonathan Rensoli (all Year 7) at the climax of the piece.  Diego Andrade Alves (Year 8) closed the piece with a crashing, dissonant piano chord that rang out gong-like and provided a fitting sonic contrast to the sinister mayhem of music that preceded it.  Impressed with what he saw, James Newton Howard told our students that this could be the first step for them as potential film composers of the future. 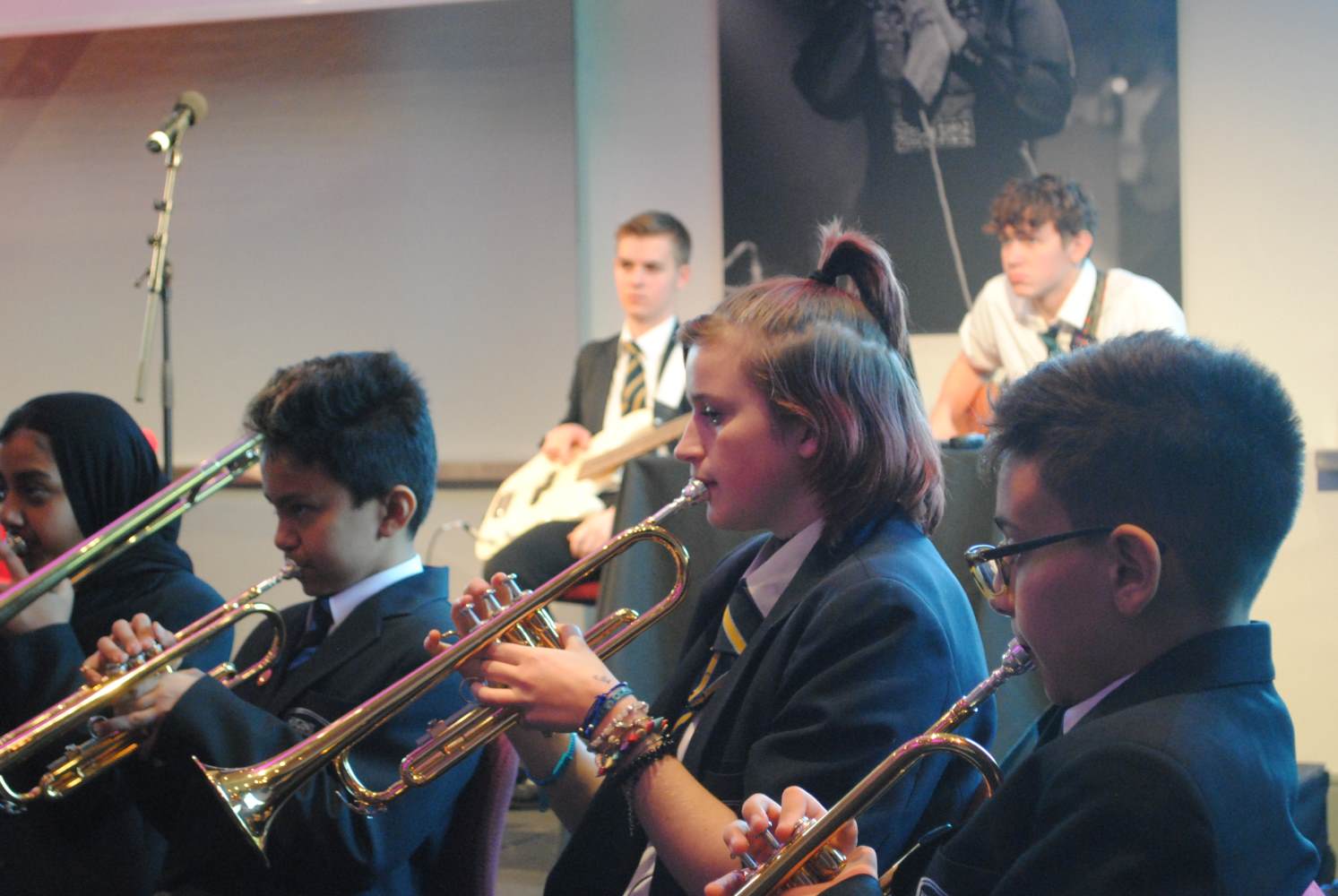